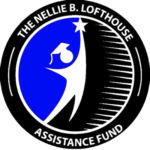 In 1947, during the administration of Worthy Grand Matron Pearl I. Hamilton and Worthy Grand Patron Arthur Campbell of Eureka Grand Chapter Prince Hall Order Eastern Star, State of New York, the Committee on Education was formed under the direction of Past Matron Eugenia Griffin (48). In the early 1950s, a Committee on Scholarship Benefit was formed under the administration of Worthy Grand Matron Ethel B. Ross and Worthy Grand Patron Charles C. Quander to give financial assistance to children of the members of the Order. In the 1960s, these two committees combined to form the Nellie B. Lofthouse Student Assistance Fund, named for the late Past Matron of Rebecca Chapter No. 23. Past Matron Lofthouse was the wife of Past Grand Patron Thomas Lofthouse (23) who forged a stellar career as a member of the Eastern Star, most notably organizing the Yesteryear Club in November 1937 for the purpose of aiding Eureka Grand Chapter financially in its reconstruction activities.

Partner with churches, schools, and other community-based service organizations in order to provide well-rounded, developmentally appropriate, learning opportunities to residents in the community.

Contribute such other meaningful service to the community that will help with the relief of the poor and underprivileged; and support the framework of peace, harmony and good will.

Awards are made annually based upon academic achievement, community involvement and financial need.  Applications for scholarship assistance are generally available for download in March of the award year.

All applications and supporting documents are to be completed online. Please click the link below to complete your application.

Dedicated to advancing the education of exceptionally promising students who have financial need.

Get our weekly updates on education issues.

Resources for current scholars and alumni to thrive together.